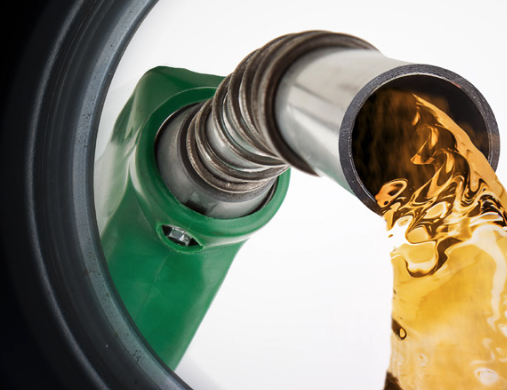 Contaminants, such as solid particles and water, are the fastest way to destroy the fuel injection system’s efficiency. Having the most effective filtration, which starts with a clean pick-up within the tank, is vital to keeping construction, agricultural, power generation, transportation and military equipment operating at the highest level.

FuelActive is the essential first step in that process, ensuring the cleanest fuel supply, by avoiding the traditional bottom-of-the-tank solid pick-up pipe.

Traditional in-line or rotary fuel injection pumps supplied high-pressure diesel to individual injectors, as required during the combustion cycle. These mechanical pumps became electronically-controlled, before being replaced in many cases by a common rail injection system.

With common rail, a high-pressure fuel pump provides a constant supply of pressurised fuel to all of the injectors at the same time. The electronically-controlled injectors then open at precise intervals, often multiple times per injection cycle, to allow the fuel into the cylinder. As these systems have developed, injection pressures have risen, with many now exceeding 2,500-3,000 bar. As mentioned in a report by Cummins Engines, to the 11th International Conference on Stability, Handling and Use of Liquid Fuels, senior technical advisor Norman Blizard noted: “High-pressure common rail is a necessary building block in the total system for emissions solutions. It offers improvements in NOx, fuel economy, smoke, noise, UHC, CO and particulate control, that would not be available through conventional mechanical or electronic unit fuel injection systems.”

Modern injectors, with pressures in excess of 1,800 bar, have 100-200 micron nozzles, to produce optimum fuel spray and mist. This means that injector contact surfaces can be as small as 1-5 microns, requiring ultra-clean fuels to prevent a reduction in performance. At these pressures, even the smallest particles within the fuel can scar the surfaces of the fuel delivery system, resulting in increased wear, loss of performance and potential failure.

“When partial functional failures within the injector occur, it is perceived as best practice to use diesel fuel additives, chemically designed to clean soot build-up from the injectors,” said Tyler Moore, of fuel management specialist AXI International, in a 2019 AXI University report. “Although the use of additives can help, they do not rectify the true underlying issues that contribute to injector blockages.”

There are numerous causes of contaminated diesel. Initially, it can start with potential issues with delivered fuel, which is rarely as clean as it was when it left the refinery.

In a report to IASH 2011, the 12th International Conference on Stability, Handling and Use of Liquid Fuels, Andrew Dallas of filter manufacturer Donaldson stated: “The cleanliness of newly delivered fuel rarely meets the ISO count levels demanded by fuel injector and engine manufacturers. The high filter efficiency for hard particles is often overshadowed by the presence of other contaminants, such as waxes, monoglycerides, oxidation, degradation by-products and water.”

When fuel is then stored on-site, particularly in older metal tanks, there is a potential for further degradation, with possible ingress of dirt and water before the fuel is even delivered to the machinery. However, the most common cause of contamination, particularly in construction and power generation markets, is the ingress of dirt and water into the fuel tank during re-filling operations.

Anyone who has ever removed and cleaned a fuel tank from a piece of construction machinery will have seen evidence of contamination, much of which can only have been added to the tank during refilling. However, water content can also be created once inside the equipment storage tank.

One of the side effects of the move to common rail fuel injection is that much of the high-pressure fuel that is delivered to the injection rail is returned to the storage tank. While this throughput of fuel helps to lubricate the injection system, the returned fuel will be considerably warmer than it was when it left the tank, as it will have passed alongside the hot engine and been pressurised. Put a hand on a hard-working machine’s fuel tank, even in cold weather, and it will be very warm. The difference in temperature of the returning fuel and that already in the tank, causes condensation, which results in an increase in harmful water within the tank. If water in the fuel tank is ignored, it can result in microbial growth, which exists as sludge that sits at the bottom of the tank.

“Transients during vehicle movement, shock, vibration and flow surge all compromise filtration efficiency. In some cases, filters behave as dirt and water capacitors, rather than true sieve filters and separators,” said Blizard of Cummins.

“For on-board filtration to be effective, the incoming fuel must be as clean as possible,”

Ninety years ago, according to technical paper CAT 237-8 Bulk Diesel Fuel Filtration from the company’s Richard Douglas, the Caterpillar Operator’s Manual stated that dirt and water causes 90% of all the problems with diesel fuel systems. Unfortunately, the situation remains much the same today.

Protection of the high-pressure common rail fuel system on modern diesel engines is one of the most demanding contamination control challenges that we face today. There are various filtration options. These include simple dirt microfilters, coalescing filters to remove free water and dirt, plus water absorbing filters to provide a higher level of removal.

Power generation specialist MTU Onsite Energy says that diesel engine manufacturers now supply filters as a standard accessory and these will have been upgraded to meet higher fuel filtration requirements. Many engines will also be equipped with water separators, with a visual bowl that can be regularly emptied.

OEMs and distributors may add additional filtration devices if the application requires above standard levels of filtration. Now they can also specify the FuelActive pick-up system, ensuring that only the cleanest fuel is used, rather than picking up contaminated material from the bottom of the tank.

FuelActive can deliver 92% cleaner diesel to your engines, reducing downtime and costly repairs.